A number of different groups gather regularly at the Pleasant Valley Senior Center to play card games and are always open to new members joining in the fun. Games are open to mature adults age 50+ on a drop-in basis. No need to sign up, just stop by to join or learn about any of these card groups.

A popular card game of the rummy family of games, believed to be a variant of 500 Rum. Although many variations exist for two, three, five or six players, it is most commonly played by four in two partnerships.

Enjoy playing poker? Omaha High-Low/7-card stud High-Low/10 card stud.
These are just a few of the games that are played. Looking to start a third table on Tuesdays only.

This is a trick taking game with a trump, played by four players in teams of two. The basic play is like Whist. Looking for new players!

This card game is played with partners and the aim of the game is to get rid of the cards in your hand (11 cards) and meld them with your foot hand (11 cards).

A tile-based game that was developed during the Qing Dynasty in China and has spread throughout the world since the early 20th century. It is commonly played by four players, with some three-player variations in Western countries. Like rummy, this tile game involves know-how, strategy, and a little bit of chance.

Mexican Train is a domino-based game in which players play all the tile in their hand onto one or more trains emanating from a central hub or “station”.

Pinochle is a trick and meld card game. The current group is welcoming new players to create another foursome table.

This group is an informal drop-in group where all levels of Bridge players can participate. They play Standard American style.  Everyone comes together for a fun and relaxing afternoon in a safe and welcoming environment! 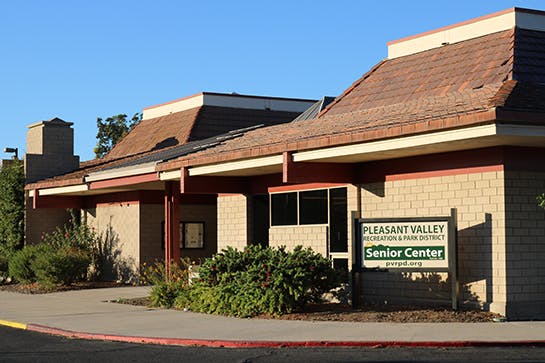 For more info on our Senior programs call 805-482-4881 or email seniorcenter@pvrpd.org.